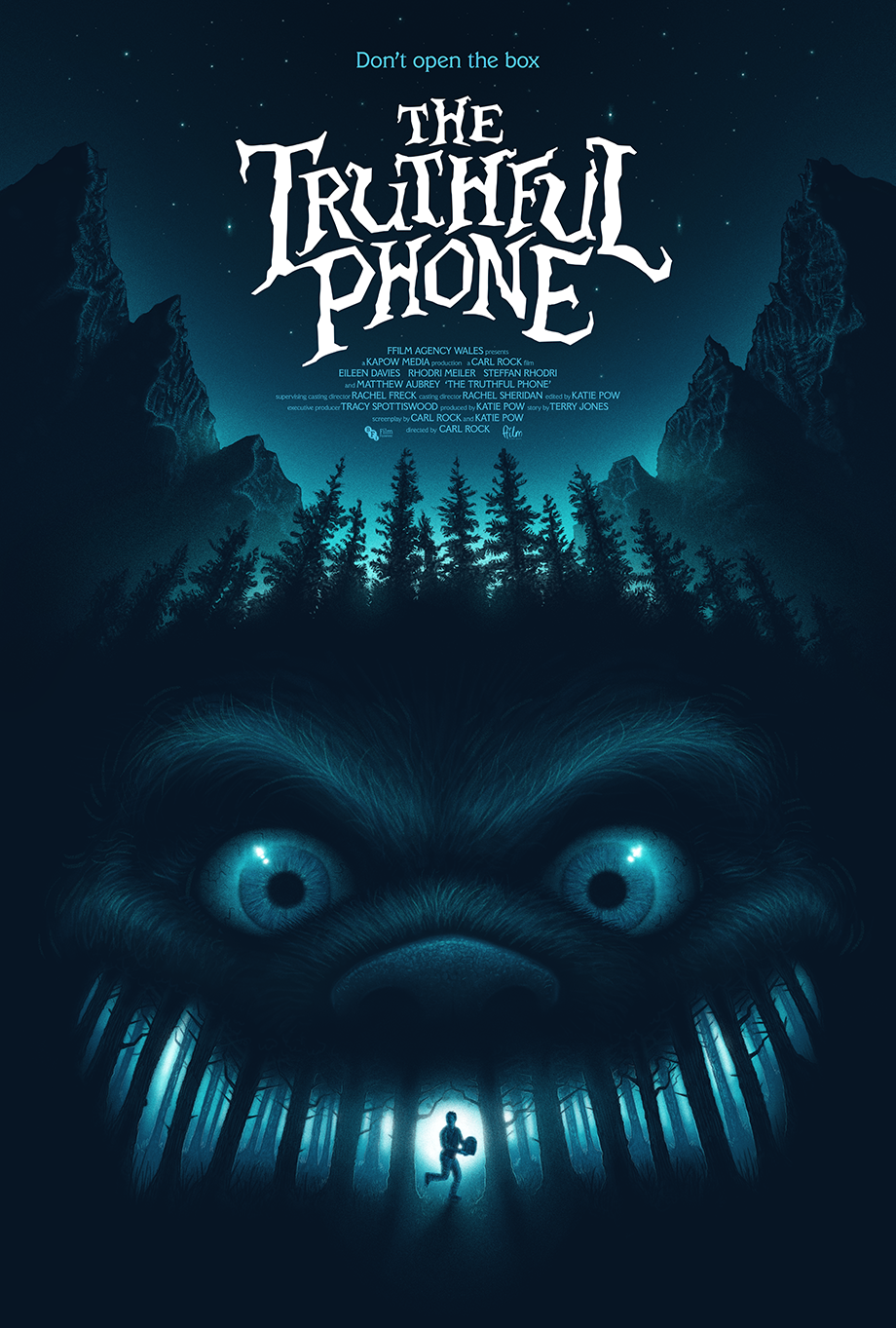 The Truthful Phone
poster + print + illustration + typography
Client
KaPow Media is a London based production company creating short films and documentaries that have been shown around the world; from Cannes to New York.
Brief

‘The Truthful Phone’ is a short fantasy film adapted from a story by the unrivalled Terry Jones. A dark comedy about a small Welsh town, overrun by mysterious creatures. The film needed a one-sheet poster design and title treatment for promotional purposes. 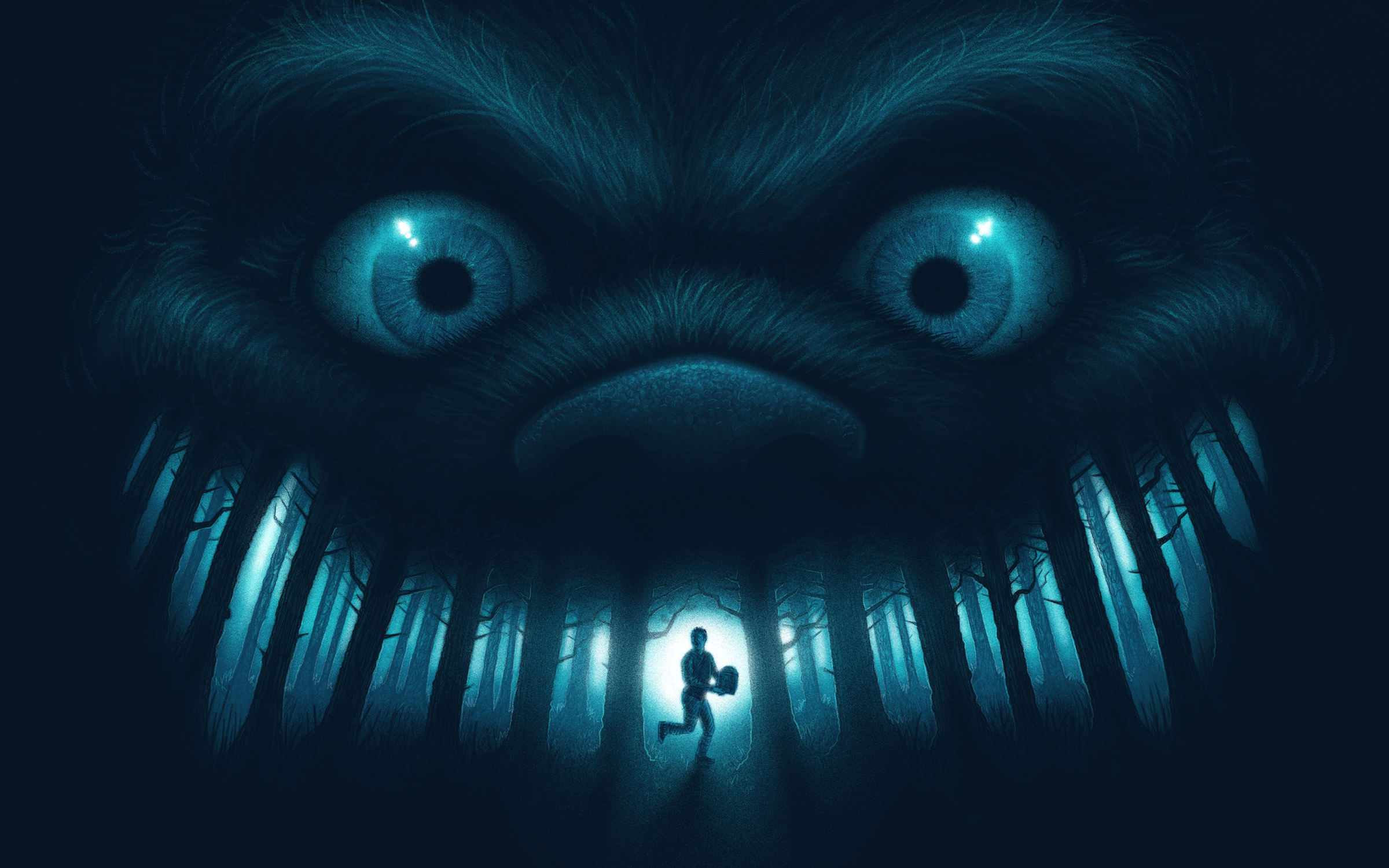 Solution
The concept was to combine the film’s location; a misty, Welsh landscape with the mischievous expression of one of the film’s hairy critters. The film’s protagonist is swallowed by the scenery as he attempts to escape through a crooked forest, unaware that he is being watched closely, already doomed within the creature’s jaws. The title treatment was built with tones of magic and wilderness, giving the lettering a twisted, branch-like structure.
Result

The project delivered a distinct, promotional one-sheet and typographic title treatment that gave the film and the project a impactful introductory visual. Proving an essential tool in building a successful crowd funding campaign. 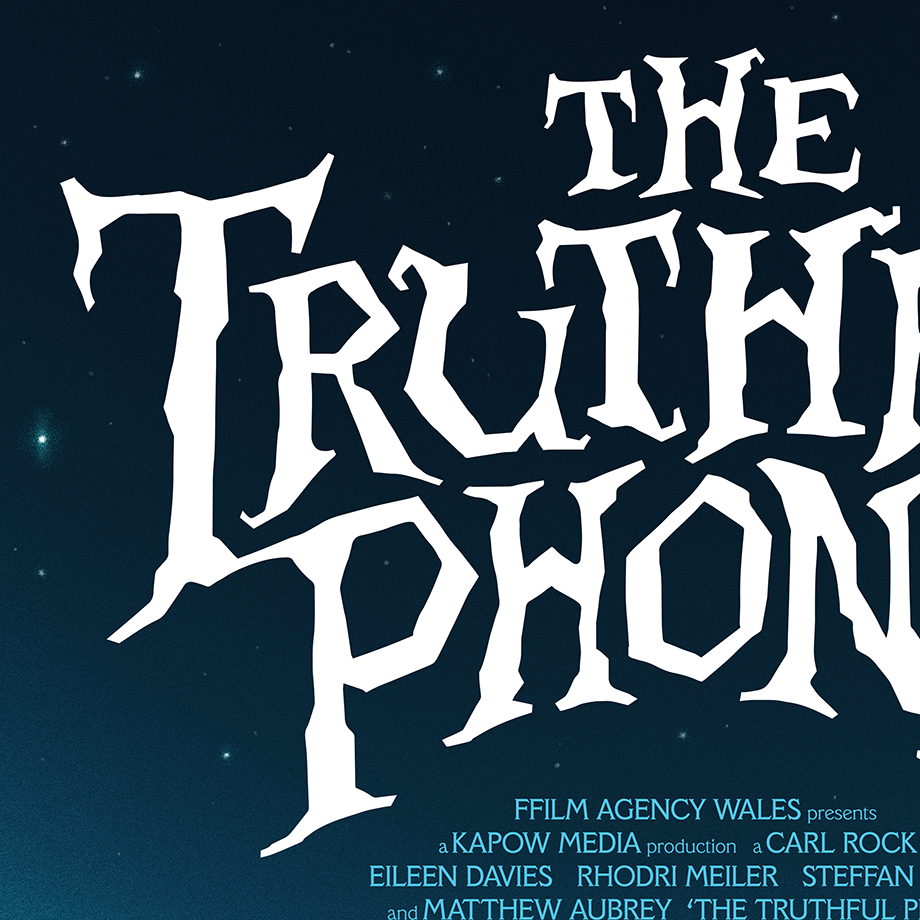 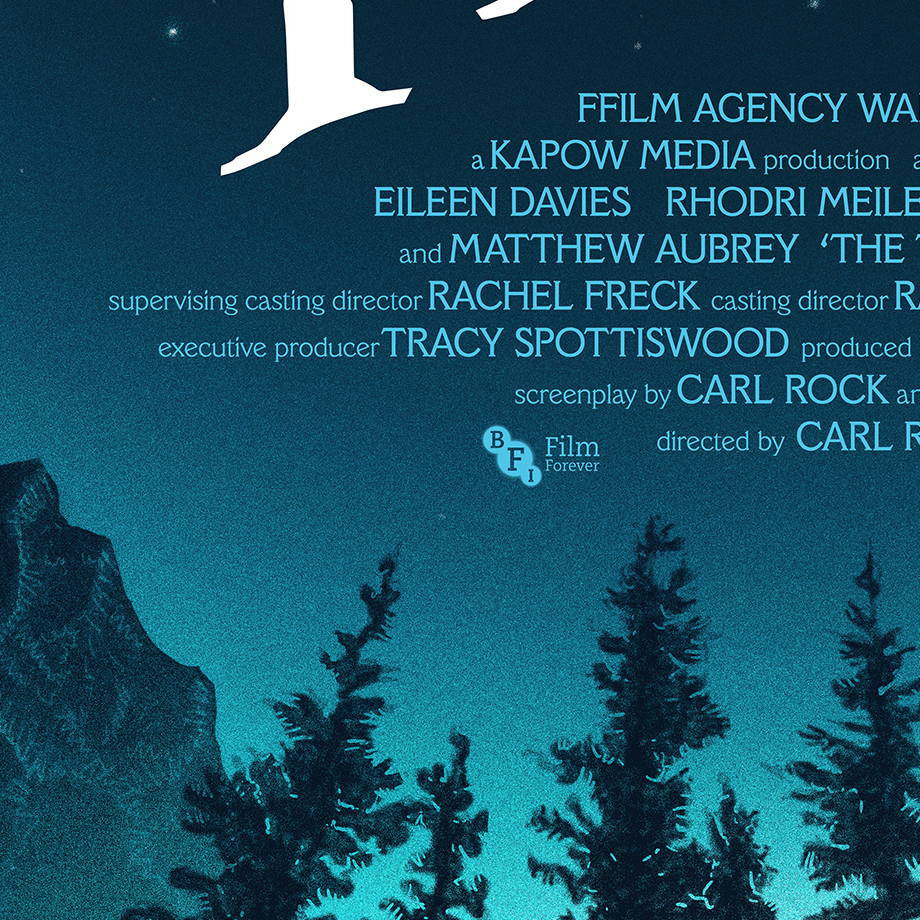